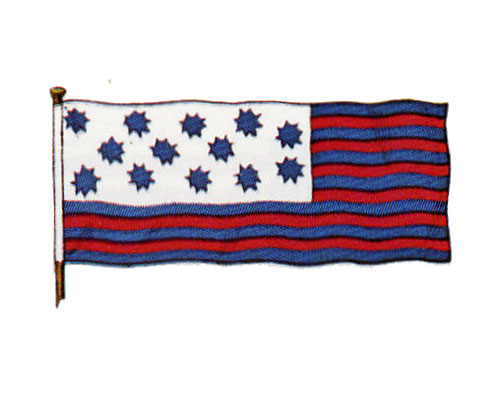 The flag of the North Carolina Militia carried at Camden, King’s Mountain, Cowpens, Hillsborough, and Guilford against the British. The costly campaign led to the final defeat of Lord Cornwallis. The flag has 13 blue stars, each with eight points, against a white background. It also has blue and red stripes, rather than the usual red and white ones. Presented by Samuel Spencer Jackson and Herbert Worth Jackson, a former president. 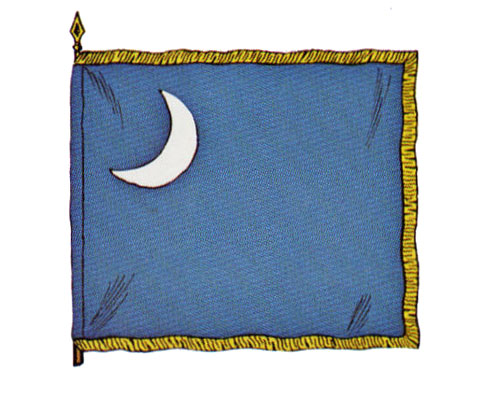 This Flag was used by troops under the command of Colonel Moultrie at Charleston in 1776. It is the basis of the state flag of South Carolina adopted later. Presented by William Rhodes Thomas, in memory of his Revolutionary War ancestor, Captain Michael Thomas. 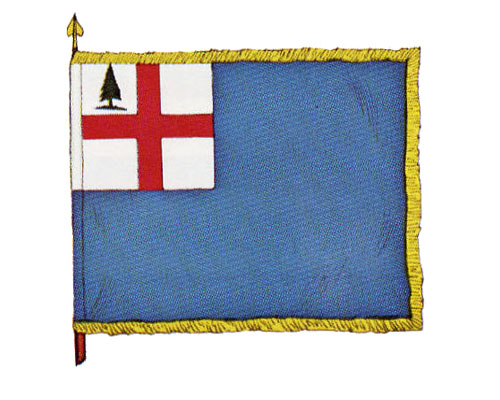 Is the so-called New England Flag with a pine tree, the New England symbol of liberty, flown at the Battle of Bunker Hill, June 17, 1775. The flag dates back to a pre-revolutionary maritime flag with the addition of the “pine tree”. It has the Red Cross of St. George. Presented by Herbert Worth Jackson, Jr., a former president. 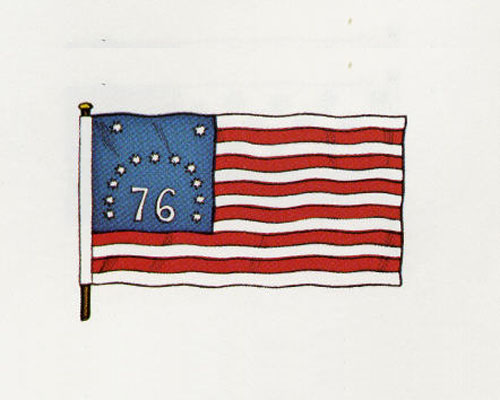 This is the first stars and stripes carried by any land force in battle (Battle of Bennington, Vermont, August 16, 1777) and the first flag to be “raised in victory”. It demonstrates how little concern there was in the first decades of the United States for standardized flag patterns. Presented by Barbour N. and Jane Douthat Thornton, in memory of General Stephen Moylan and Colonel Thomas Barbour, officers of the Revolution. 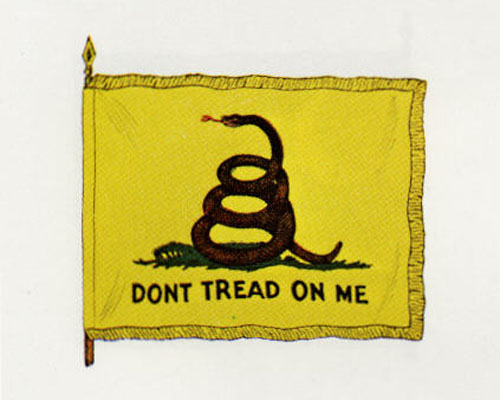 The Flag of the Continental Navy

The First Continental flag, this colour was used on some of the thirteen ships provided by Congress in 1775. It bore the famous rattlesnake symbol, already seen on the Culpeper Minutemen Flag and the motto “Don’t tread on me”. Presented in memory of Archie P. Cone, by a group of his friends. 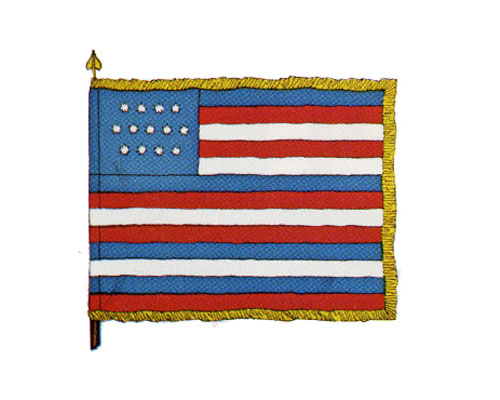 The first flag with red, white and blue stripes. Believed by some to have been designed by Benjamin Franklin and flown by John Paul Jones in his engagement with the Serapis in 1779. Presented by the Virginia Society. 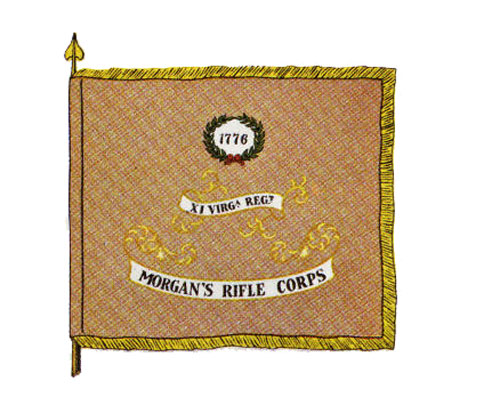 The Flag of the 11th Virginia Regiment

This regiment was organized from riflemen that marched to Cambridge, Massachusetts in 1775, under Daniel Morgan. Two years later, it was reorganized as a corps of rangers. When the number of Virginia regiments was reduced to 11 from 15, the 11th Virginia became the 7th Virginia. Presented in memory of John Shiflett, soldier of the Revolution, by Ronald Cocke and Walter C. Shiflett. 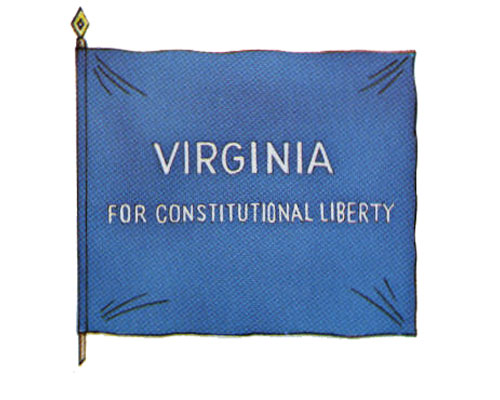 Authorized by the Virginia Committee of Safety in session at Hanovertown, Virginia, September 18, 1775. This was the first official flag of the Virginia troops. “Constitutional Liberty” was the theme of the Virginia leaders of the Revolution. Presented in memory of certain officers and men from Chesterfield County and Richard Bland, by General Edwin Cox, a former president. 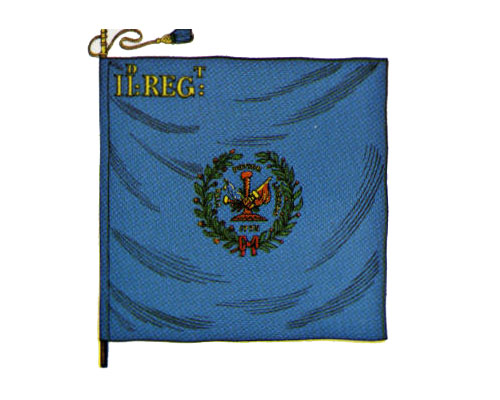 Companion of flags which commemorated the defense of Ft. Moultrie in 1776, and which were then carried on to even greater bravery and tragedy in the assault on the British Spring Hill redoubt at Savannah, Georgia, in 1776. Presented by Howze Haskell, in memory of his brother John Cheves Haskell. (Blue Flag)

Your ticket for the: Flag of the 2nd South Carolina Regiment, Continental Line (Red)