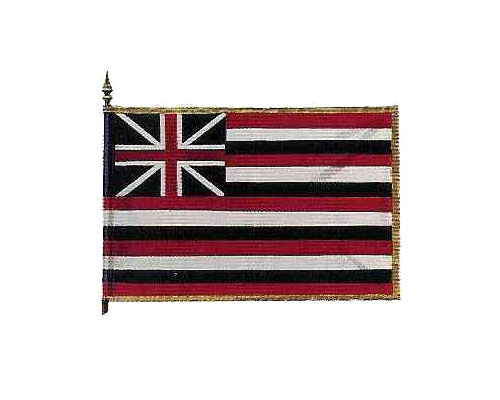 This flag, another in the series the series of John Paul Jones Coat of Arms flags, has the British ensign in the upper left corner. It was presented by Madison and Norma McClintic in memory of William Wallace McClintic, Jr., PFC, USMC, who died of wounds received on Iwo Jima, March 1945. 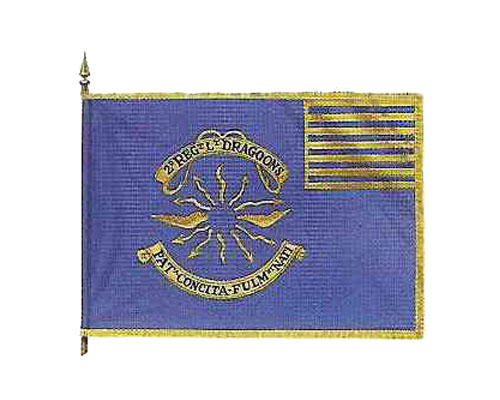 The 2nd Regiment was on of four Light Dragoon Regiments authorized by the Continental Congress in December 1776. The Regiment saw action at Saratoga, Brandywine, Germantown and other battle points. It was presented by the Virginia Society and its members in honor of Dr. Benjamin B. Weisiger III, long-time registrar of the Society. 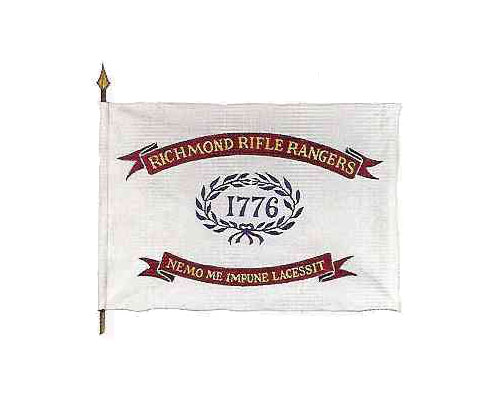 Flag of the Richmond Rifle Rangers

The original flag, no lost, was white silk, “elegantly painted” with the 1776 device and the national motto of Scotland: “Nemo Me Impune Lacessit” (No one attacks me with impunity). Presented in honor of Luther Ray Ashworth, by his three children: Sallie Ashworth Medlin, George Munford Ashworth and Anne Munford Ashworth. 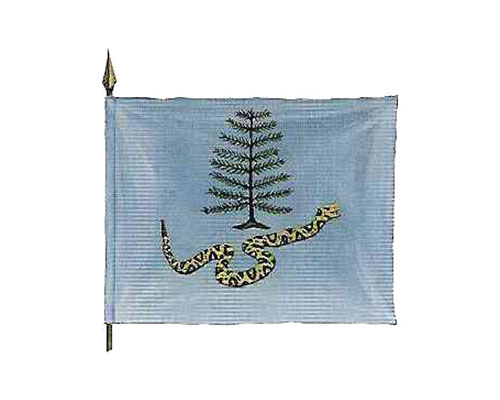 The first flag of North Carolina (see #38) appeared in June 1775. Soon after, the people of Bladen and Brunswick Counties carried this flag. Presented in honor of Harvey Seward Martin and Benjamin Franklin Martin, a daughter and son of the Revolution. Given by Harvey S. Martin. 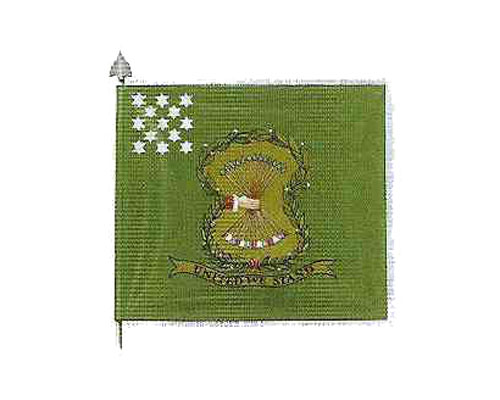 Flag of Continental Army Regimental Standards of 1778, Gostelowe No. 13

Presented in honor of The Rev. W. Ramsey Richardson, by his wife Emily and sons David Kirk, James Smiley and Thomas R. Richardson. 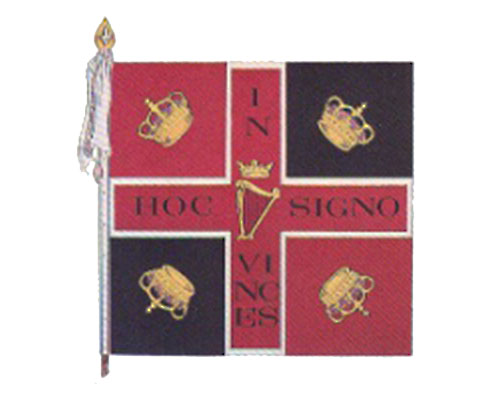 Flag of the De Dillon Regiment

The Regiment was formed in 1690’s by Irish refugees who fled into France with James II. Elements of the Regiment fought at Savannah in 1779 and were present at Yorktown in 1781. Generously given to the Society by Carter Chinnis. 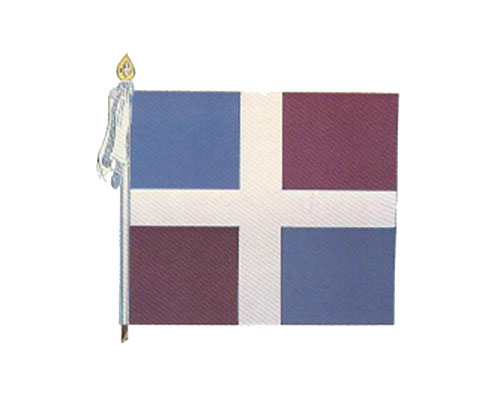 This flag represents the 13th Bourbonnais, which was one of four line regiments that landed at Newport in 1780 with the Count de Rochambeau. The regiment, according to historical records, was present at the Yorktown surrender. Generously given to the Society by Carter Chinnis 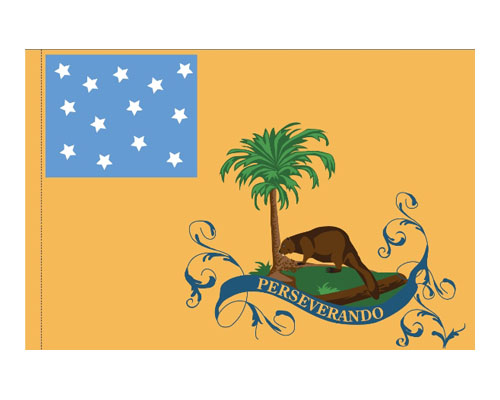 This is an example the earliest surviving documented American flag bearing 13 stars. The flag was carried by Lt. Col. Abraham Buford of the 3rd Virginia regiment and was captured on May 29, 1780, at the Battle of Waxhaws in South Carolina by British cavalryman, Lt. Col. Banastre Tarleton. The flag was presented to the Society by Lewis A. Pitzer and Andrew C. Pitzer in honor of their ancestor, Gen. Andrew Lewis. 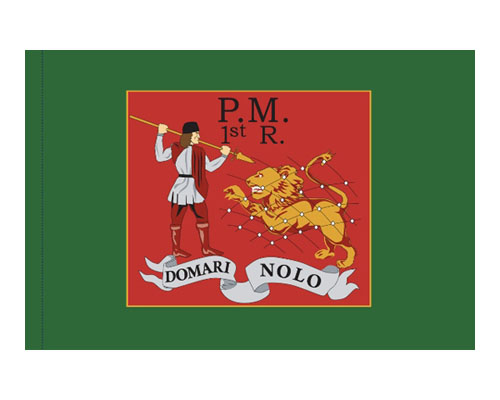 The Regiment fought at Bunker Hill, Trenton, Brandywine, Monmouth and Yorktown and is believed to be the first south of the Hudson to arrive in Massachusetts. The Regiment served during the war in each of the thirteen colonies. Presented to the Society in honor of Pvt. John Patton, by his descendants Steve Atkinson and Prescott Atkinson. 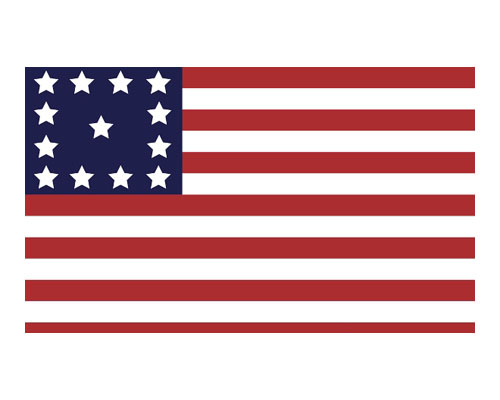 This flag was depicted in the painting “Surrender at Yorktown” by American artist and one-time Washington aide-de-camp, John Trumbull. Presented to the Society by Pat Leary and David Leary in honor of their father, World War II veteran Richard Bierne Leary, Sr.

Your ticket for the: The John Trumbull Yorktown Flag