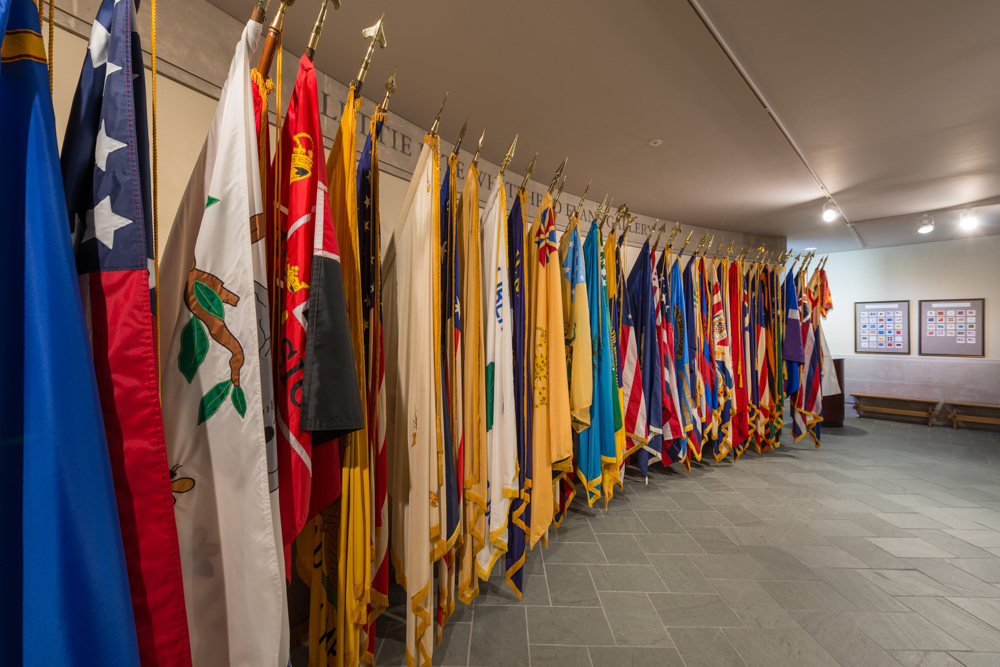 After World War I, our state society began a Colour Guard, a collection of honorary flags relating to the Revolution or state societies and organizations. Flags were given by members or friends of SRVirginia as memorials to an ancestor, a close relative, or a respected friend.

In 1940, The Betsy Ross flag was presented to SRVirginia. In the 1950s thirteen new flags were added to the Colours, and by the late 1960s, the collection had grown to more than 30. They were displayed on numerous occasions, at parades and memorial events, including the Bicentennial in Yorktown, April 1976.

Since 1993, Virginia’s Stand of Colours has eclipsed 50 individual flags, and was recently housed and displayed at the Virginia Historical Society in Richmond.

Your ticket for the: Stand of Colours