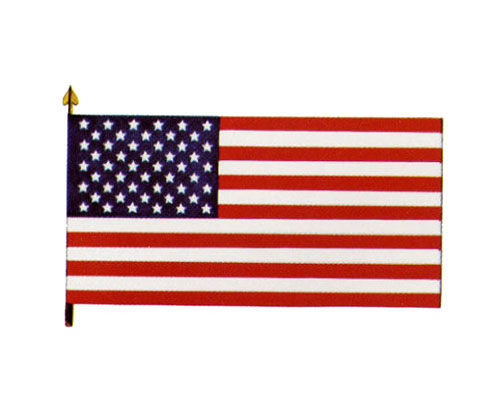 the flag of the United States with 50 stars, including the two representing the most recently added states of Hawaii and Alaska. This flag became official on July 4, 1960. Presented by A. Simpson Williams, Jr., in memory of his uncle, Dr. J. Fulmer Bright. 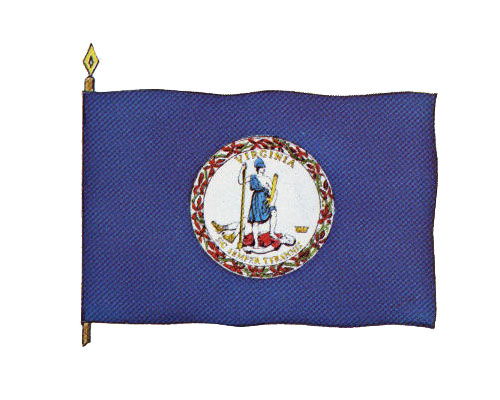 The Flag of the Commonwealth of Virginia

bearing the State seal with the motto, “Sic Semper Tyrannis” – Thus Always to Tyrants. The seal and the motto adopted in 1776 soon after Virginia declared her independence from Great Britain express this recommendation of a committee consisting of George Mason, Richard Henry Lee, George Wythe, and Robert Carter Nichols. Presented by G. Moffett King, in memory of J. Jordan Leake, a former president of the Virginia Society. 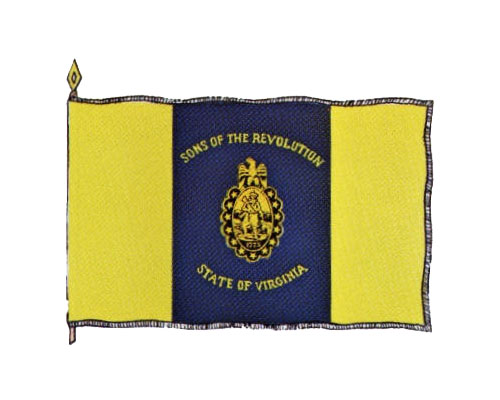 We have two Flags for the Society of the Sons of the Revolution in the Commonwealth of Virginia. The one on permanent display at the Yorktown National Battlefield Park was donated by George A. Zabriskie. The one on display in Richmond, was donated by friends of McLain T. O’Ferrall. 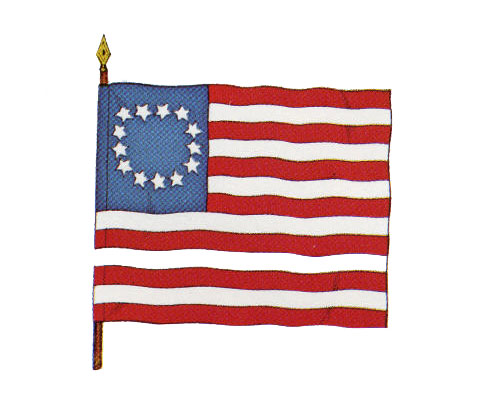 with the stars arranged in a circle. Although often used as a symbol of the American Revolution, This flag was never adopted by Congress. It was used by General Schuyler and the New York Troops. Presented by W. Brydon Tennant. 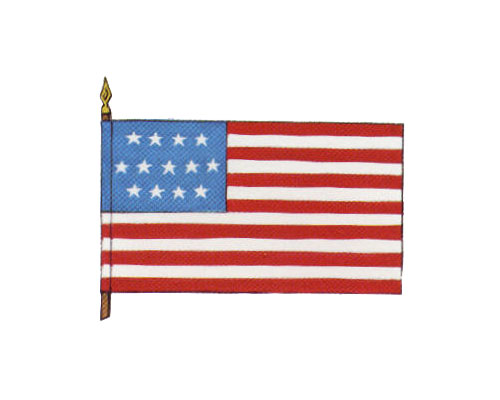 the first official flag adopted by Congress, June 14, 1777. First used on the sloop “Ranger”, commanded by John Paul Jones. The Stars follow the canton of the Grand Union flag. Not until 1834 was any regiment of the Army authorized to carry the Stars and Stripes. Presented by Alfred P. Goddin and C. Hobson Goddin in memory of Captain Alfred P. Goddin, Jr., killed in action in the Philippines April 1, 1945. 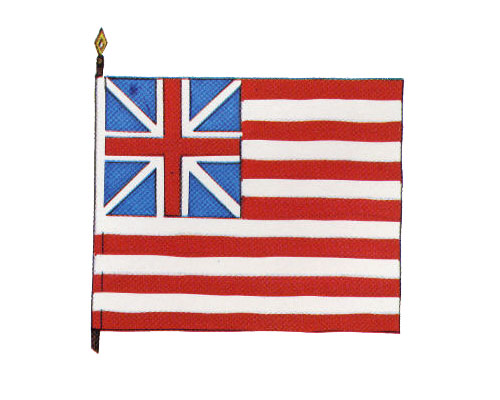 displayed January 1, 1776, by General Washington at Cambridge, Massachusetts. The canton is that of the Union of England and Scotland, the crosses of St. George and St. Andrew. The stripes are from the ensign of the East India Company chosen because of the significance of the thirteen colonies. Presented by Frederick P. Wilmer. and T. Wilson Wilmer in memory of their father, Arthur P. Wilmer. 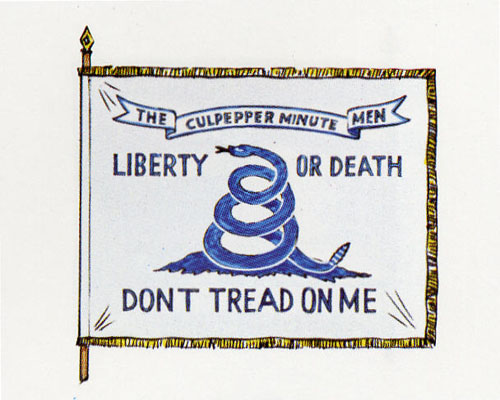 The flag of the Battalion Culpeper Minute Men of 1775. This Battalion of 150 wore uniforms of green hunting shirts with the motto “Liberty or Death” across the chest. They were called “The Shirtmen”. They were in the front at the Battle of Great Bridge in November, 1775 against Lord Dunsmore, the last Royal Govenor of Virginia. One volunteer wanted the motto changed to “Liberty Or Be Crippled”. Presented by Joseph Y. Gayle, Dr. R. Finley Gayle, Lester T. Gayle and Kenneth H. Gayle in the memory of their Revolutionary War ancestors, Captain Robert Gayle and William Richardson. 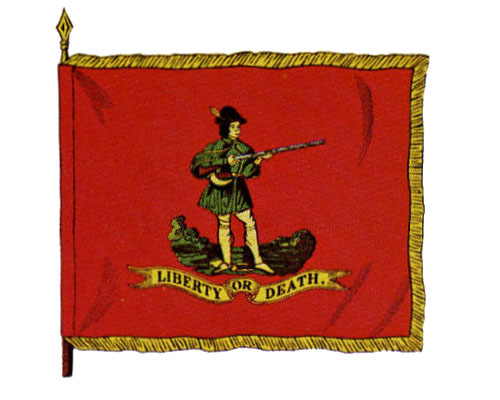 The flag of the first Virginia Regiment also known as the “Shirtmen”. One of the flags of the First Virginia Regiment. It was used first by “Shirtmen” of Hanover County, Virginia. Presented in memory of the officers and men of that regiment and one soldier of that regiment who served at Trenton, Princeton, Germantown, Valley Forge, Monmouth and Guilford, by General Edwin Cox, a former president. 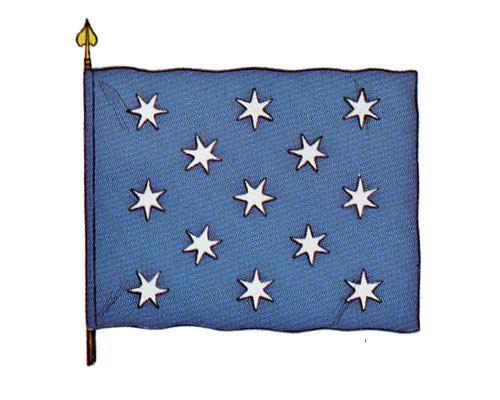 First flown at Valley Forge and subsequently the Headquarters Flag of the Continental Army. It has 13 stars, wach with six points on a blue field. Presented by William Ronald Cocke III, in memory of his Revolutionary ancestor, Captain Chastain Cocke.

with forty-eight stars. Presented by A. J. Battle, Jr.

Your ticket for the: United States Flag